You are here: Home / Health / Here’s what a year of Mediterranean Diet can do to the gut microbiome

The diet appears to act on gut bacteria in a way that helps hinder physical frailty and reduce cognitive decline in older age, researchers find.

Humans are fascinating organisms comprised of parts big and small – and those small parts are especially fascinating for the big role they play. Take the magical goings-on in our intestines. Trillions of bacteria, viruses, fungi and other tiny living things make up the gut microbiome. The gut microbiome, despite its unromantic trappings, has become the darling of health researchers over the last 15 years. There’s a growing body of evidence showing that the balance, diversity, and amount of “good” versus “bad” bacteria has far-reaching impacts on our health, affecting everything from obesity, diabetes, and liver diseases to cancer, mood, heart health, and even neurodegenerative diseases.

As we learn more about the crucial role the gut plays in health, a whole cottage industry of gut-boosting foods and supplements have flooded the market. But just eating well can make a big difference too, as seen in a new study which finds that following the Mediterranean Diet can have a significant impact on healthy aging. The study was published in the BMJ journal, Gut, which explains:

“As ageing is associated with deteriorating bodily functions and increasing inflammation, both of which herald the onset of frailty, this diet might act on gut bacteria in such a way as to help curb the advance of physical frailty and cognitive decline in older age…”

The international team of researchers wanted to see if a Mediterranean diet might help maintain the gut microbiome in older people, and help retain or even boost the bacteria associated with “healthy” aging. Rather than a specific prescribed diet, the Mediterranean Diet is more of an eating style, rich in fruits, vegetables, nuts, legumes, olive oil and fish and low in red meat and saturated fats. It consistently ranks among health researchers and experts as one of the healthiest ways to eat. 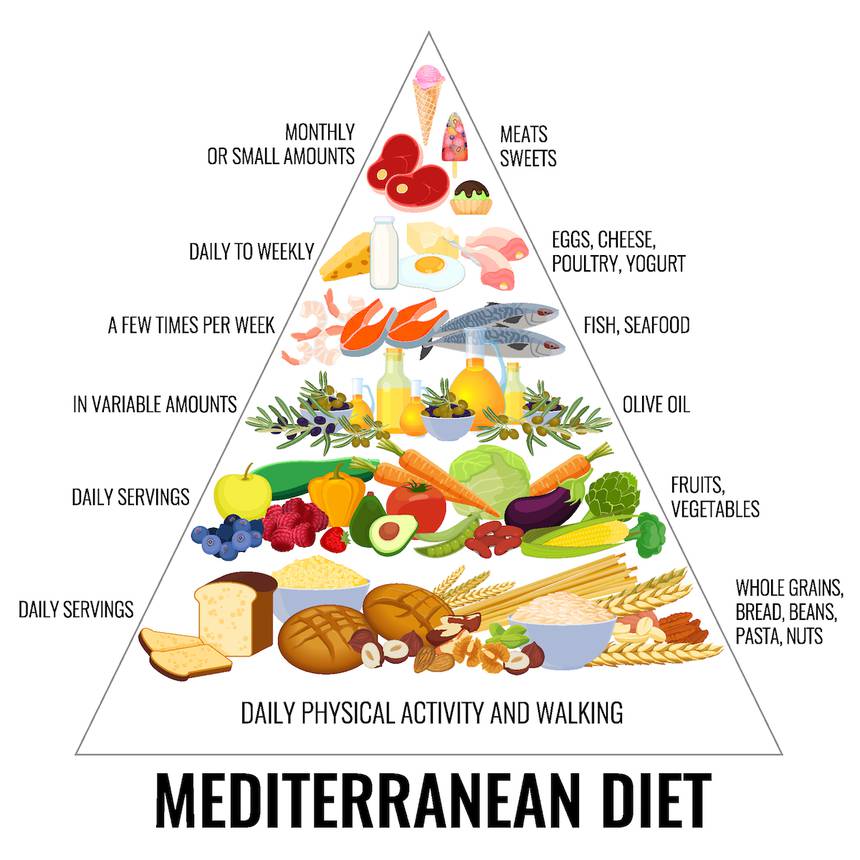 The study included 612 people aged 65 to 79 across five countries (France, Italy, Netherlands, Poland, and the UK). The researchers analyzed participants’ microbiome before and after 12 months of either eating their usual diet or a Mediterranean diet.

The findings were independent of the participant’s age or weight – and were consistent regardless of which country the participant lived in. The researchers say that the positive changes were largely thanks to an increase in dietary fiber and associated vitamins and minerals – specifically, C, B6, B9, copper, potassium, iron, manganese, and magnesium.

We talk about healthy eating a lot on TreeHugger. Current eating patterns in the United States are woefully unhealthy – not enough produce, way too much sugar, salt, and saturated fat, and too many calories in general. More than two-thirds of all adults and nearly one-third of all children and youth in the U.S. are either overweight or obese, according to the USDA’s dietary guidelines – and the annual cost of healthcare related to obesity is roughly $150 billion per year.

Meanwhile, the tenets of a Mediterranean diet continue to prove beneficial for personal health. They also have the very important bonus of being generally better for the planet as well due to the reduction of meat and dairy; plus, whole foods mean less processing, fewer synthetic chemicals, less packaging waste, et cetera.

That eating in this way now appears to also be such a boon to the gut – the well-deserved “It Girl” of organs – should give us even further motivation to go Mediterranean.

This site uses Akismet to reduce spam. Learn how your comment data is processed.